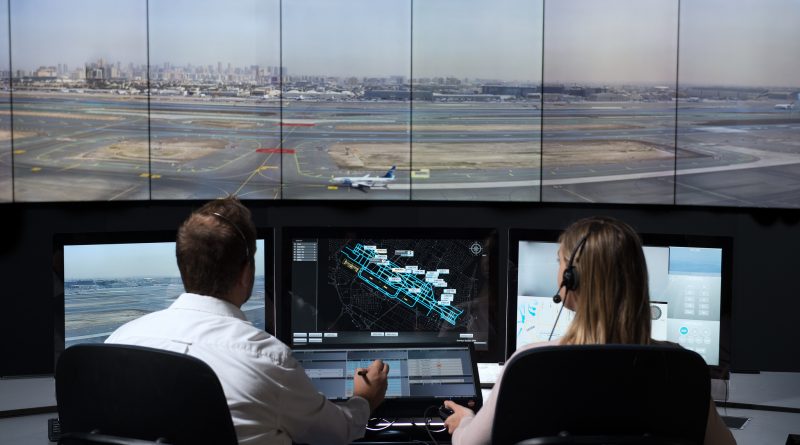 In October 2015, Prospect ATCOs’ Branch reacted to a shift in the industry towards the provision of air traffic services at aerodromes from a non-conventional tower setting to a digital environment more commonly known as remote tower operations (RTO). The remote tower concept at the time was in reality limited in scope, and industry initially looked to provide a service at low-density aerodromes, sometimes with only a few movements a day. Guideline material from EASA was produced at the time in accordance with this idea. Subsequently, the Branch’s position (available on the Branch webpage) informed industry in general and more specifically the CAA and ANSPs of the key areas of interest to our members and the stances we took to maintain safety and protect the profession.

The situation has progressed much since then. As of summer 2018, the first ever RTO in service which is located in Sundsvall, Sweden continues to provide a service to two aerodromes from the same ‘remote’ location with a third being trialled, and other projects around the world are underway. In Scotland in late 2017, HIAL announced a remote tower centre project in Inverness for tower and approach functions for its variously located airfields. In Hungary, what was initially a contingency remote tower for Budapest airport looks set to become a fully operational remote tower facility. Further afield, NSAs and ANSPs are looking at this technology, too, with developments seen in the USA, Singapore, Hong Kong and Australia.

In terms of legislative advance, the technology has moved faster than regulation has been able to keep up with. EASA, the agency charged with regulating aviation in Europe is currently in advanced stages of its rulemaking program (RMT.0624) having drafted regulation on RTO (NPA 2017-21).  Although this draft regulation is subject to further consultation, the Branch’s position on the various items that will be referenced in this paper will not be affected by the outcome.

More generally, the concept of RTO has advanced greatly in recent years for business reasons, for economic reasons, as well as for the legitimisation of various means to achieve new concepts from the abovementioned work done by EASA (and remote tower trials completed by SESAR). Now, there is the real potential for RTO to encompass aerodromes of higher complexity (as seen at London City airport), those of high traffic volumes (such as Budapest airport), as well as the potential provision of services to multiple aerodromes either in sequence (one, then the other) or simultaneously (two aerodromes displayed and controlled at once). For this very reason, it is essential that the Branch recapitulates its published position as well as provide and update on these advances.

The Branch still presents this following as its position.

One Tower, One ATCO, One Time

As previously mentioned, EASA is in advanced stages to produce its follow-on remote tower regulation after the work produced for low-density aerodromes some years ago. This new piece of work effectively covers all types of operations, from simultaneous to multiple mode, including high-density and high-complexity aerodromes. There remain many gaps in their approach, not the least of which is the fact that EASA will only produce guidelines for NSAs and ANSPs to follow know as ‘soft law’, ignoring the need for proper and robust legislation known as ‘hard law’.

Through involvement with ETF in the EASA rulemaking program, the Branch has identified four fundamental issues with the draft legislation:

The regulatory approach amounts to guidelines only in the form of Acceptable Means of Compliance (AMC) and Guidance Material (GM), allowing NSAs and ANSPs the opportunity to cut corners, whether for an economical benefit or other, in order to achieve the desired outcome.

Traditionally, when a change is introduced to a system, the demonstration that no adaptation is needed has to be proved by the entity introducing the change (in this case EASA), while throughout the rulemaking process, ETF has been asked to prove the need for change, subverting the process; this is unacceptable. ETF maintains that a change from controlling an aerodrome from a visual tower to controlling it remotely is a monumental shift in how we carry out the privileges of our licence, so monumental it is that AMC/GM/guidelines are considered insufficient to tackle the problems it will introduce. A rating endorsement would have the following benefits:

Although EASA categorically states on the first page of the NPA that it is not concerned with economic factors, it makes comments throughout the body of the draft legislation that would suggest it has industry’s (NSAs, ANSPs, and manufacturers) financial interests in mind.

The safety and integrity of the new system relies upon those working within it to have their trust in it. For such a shift in the way an air traffic service is provided, we believe that EASA must involve itself in the social consequences of the NPA.

In addition to the simultaneous mode of operation for quieter aerodromes, it is becoming increasingly likely that both a multiple mode of operation for any complexity of aerodrome could be employed in the future. Where simultaneous means one or more aerodromes being provided with a service at the same time by the same controller in the same position (the Branch is firmly against this), a multiple mode is where two or more aerodromes are provided a service by a controller in sequence, either from the same position (one after the other, by shutting down the first service) or by moving from one position to another in a nearby location (either by shutting down the first service or first being relieved by another controller).

For multiple mode, EASA has not defined how ANSPs might manage the switching from one service provision to another in terms of fatigue, thorough training, management of operational difficulties of actually executing the switch, defining a minimum interval of time between switching, how many switches are allowed to occur in a given period of time etc. It should be noted that pilots are not permitted to operate different aircraft types on the same day and it is the Branch’s position that as a bare minimum, this is what should be achieved.

In addition to the above, the Branch has responded in more detail to the NPA on all areas of note, from visual presentation to data update rates, as an affiliate of ETF. This detailed response is available upon request through local reps or the BEC.

In addition to the Branch’s position on the topics listed here as well as the technical elements in response to NPA 2017-21, it is incumbent that the CAA and ANSPs engage with local staff representatives on the social aspect and consequences of a move towards a remote tower operation. Engagement should be established at an early stage. The Branch agrees with EASA when it states that,

‘ATCO/AFISO confidence and trust in the system is of vital importance for the implementation of remote aerodrome ATS.’(2)

There are many areas that management and employees will need to consider, including:

Every scenario will be different given the diversity of the ATM industry in the UK and the multitude of ANSPs that exist. The Branch will endeavour to provide members with as much support and assistance as required to help overcome any challenges this will inevitably bring.

Although not adverse to technology changes within ATM, the Branch wishes to ensure that safety of the system is maintained, especially when these technological advances occur as quickly as they have done in recent years. What was once a technological solution for low-density airfields that as an example might have benefitted from the provision of an air traffic service where due to its remoteness, one otherwise might not be provided has now become a potential economic/business solution for ANSPs across the board, including for high-density airfields.  Such dramatic changes to the way our members have traditionally worked will have a huge impact on ATM itself as well as on all aspects of the workers lives, and this includes outside of work. However, this impact may be mitigated with effective communication and co-operation between ANSPs, the NSA and local staff representatives. The Branch urges those local representatives as well as local members that might be facing RTO in the coming years to familiarise themselves with the Branch’s position and to engage with ANSPs as soon as possible, seeking assistance from the BEC, in order to mitigate any negative impact and help protect safety and the profession.

(1)The provision of a service to multiple aerodromes at the same time.