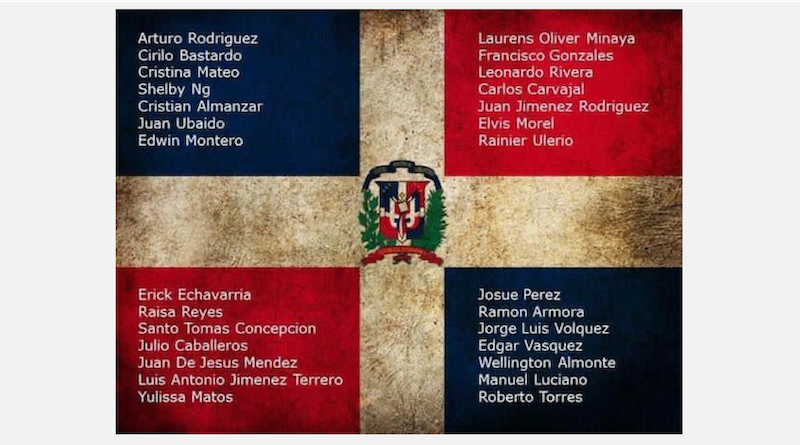 You will have hopefully seen the recent tweets from the Branch around the reinstatement of 28 of our Air Traffic Colleagues in the Dominican Republic who were dismissed for protesting against operational safety issues.  It has now been proved that these individuals were illegally removed from their positions and following a court case they have finally been reinstated.

Back in 2014 Dominican Air Traffic Controllers Association (ADCA) warned the authorities that there were numerous concerns that were placing the safety of flight in jeopardy.  These included total communications failure in Punta Cana leaving controllers coordinating by mobile phone, along with unserviceable navigation aids at several airports and a control tower working with only an emergency radio for over a year subsequently suffering frequent communications failures.  Unfortunately when these concerns were raised with the authorities in Dominican Republic the Government’s response was to ignore the threats to the aviation system and instead to launch an attack on ADCA.  Controllers were prevented from writing any further reports around their safety concerns.  Several controllers were suspended or demoted and three ADCA officials were arrested for their part in highlighting their concerns.  This campaign from the Government culminated with the dismissal of 28 people.

The ATCOs are being reinstated thanks to the good will of the new Constitutional President Lic. Luís R. Abinader Corona along with the cooperation of the new appointed ANSP authorities.  In the legal battle against the previous ANSP authorities they used all the political power of a corrupt government to obstruct justice and went as far as to use the Supreme Court to overturn the court victory of ADCA.  The final legal battle was won against the former ANSP Director General Lic. Marcelino A. Herrera’s personal assets which now is being appealed at the Supreme Court.

Throughout the campaign ADCA were supported by colleagues from around the world and ITF provided direct support when the ITF Americas regional secretary Antonio Rodriguez Fritz visited the country to help highlight the issues.  However he was arrested by the local police and held for several hours to explain why a foreign national was supporting the controllers in the Dominican Republic.

The reinstatement of these controllers has highlighted the importance of global solidarity and the effectiveness of ensuring that the voice of controllers continues to be heard even when local authorities try to stifle that voice and cover up issues.  The work of ITF and all its’ members in ensuring that the struggle of ADCA was not allowing to be silenced has meant that those 28 controllers have now been vindicated and can resume doing the job that they love.  In total 31 controllers were affected by this issue as 3 were reinstated in the early months of the fight against the Government and the Authority.  The ATCOs impacted are;

All of the above have had to find other ways to make ends meet during their fight and now face a period of retraining before taking up their rightful places as Air Traffic Controllers again.

The ATCOs’ Branch sends their congratulations to ADCA and offers our continued solidarity to our colleagues in the Dominican Republic.