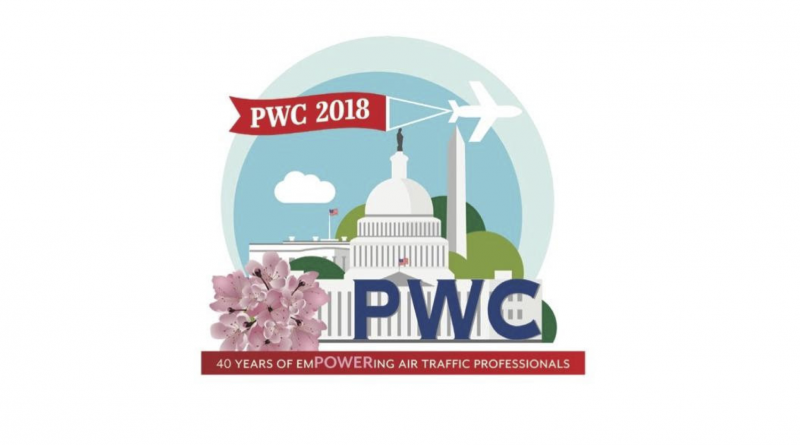 ATCOs’ Branch member Shelley-Marie Gilhespy recently attended the Professional Women Controllers Training Conference in Washington, D.C. In the first of two reports Shelley tells us what she observed, whilst in the second part Shelley will share what she learned at the Conference and what we can learn from the Conference to improve our workplace in the UK.

I was honoured to be asked to attend the PWC during April, which was held in Old Alexandria in Washington D.C. The PWC training conference has been running for 40 years and is a training conference primarily for female Air Traffic Controllers and Air Traffic Specialists. It was founded by a small group of women in 1978 who were employed by the FAA and often found that they were the only women in their facilities and, as such, wanted to set up an organisation where fellow female controllers could gather. The conference is aimed at women because of their minority status in the industry and allows attendees to see women of influence and those in positions of authority, whilst also providing personal and professional development and training.

This years’ conference had a variety of speakers, seminars, panels and activities. Day one saw a visit to the National Transport Safety Board (NTSB), similar to the AAIB in the UK, but covering all forms of transport accident investigations. The visit included a presentation about the work that is carried out and what the goals of the organisation are. We were talked through the investigation into TWA800, a 747 that exploded soon after take off from JFK in 1996 with a loss of all 230 people on board. 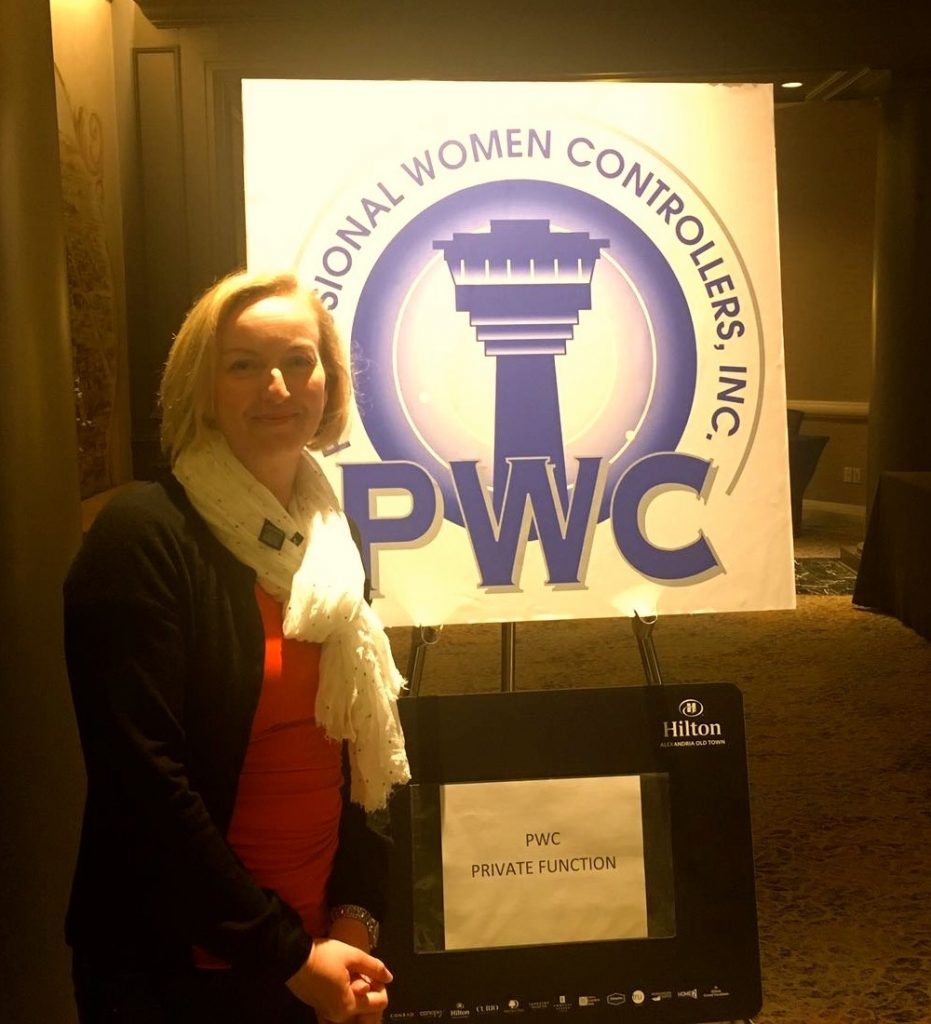 Shelley-Marie Gilhespy at the PWC in Washington D.C.

Speakers that I was fortunate enough to listen to included;

Dr Christine Darden: A NASA mathematician, data analyst and aeronautical engineer. She was one of the researchers featured in the film Hidden Figures, a movie about a group of Black Women Mathematicians who helped the US win the space race. She has spent most of her career since then researching supersonic flight and sonic booms. She detailed the challenges she faced to even get an education let alone be allowed to work in a man’s’ world at NASA.

Dr Peggy Chabrian: President & Founder of Women In Aviation International (WIA.) WIA is a non-profit organisation dedicated to the encouragement and advancement of women in all aviation career fields. Their membership includes astronauts, pilots, air traffic controllers, technicians, airport managers amongst many more. They have over 12,000 members worldwide, with 117 chapters in 17 countries around the world, although none in the UK at present. WIA also hosts an annual Girls in Aviation day, with the fourth taking place this year. The day is aimed at girls aged 8-17, and includes talking to female pilots, exploring aircraft cockpits, using flight simulators, learning to marshal aircraft, dressing up like an aviation professional, air traffic simulators, taking apart engines and many other aviation related activities.

Kendra Kincade: The Founder & President of Elevate Aviation, and full-time controller for NavCanada. She set up Elevate Aviation as part of her own journey when she found herself at a low point in her life and discovered that her own salvation could be found in helping others. Elevate Aviation seeks to encourage more people to embark in careers in aviation which they do through mentoring schemes, bursaries, tours and inspirational speakers. They seek to generate a shift in the aviation industry that promotes gender balance by connecting women with a network of support and encourage women to pursue careers in the aviation industry.

Jessica Grounds:  Jessica co-founded Mine the Gap, which is a company that equips leaders, industries and organisations with the strategy and tools needed to create and sustain gender inclusive work environments. Mine the Gap works with government organisations and companies such as Amazon, National Geographic Society and Facebook, along with the most influential women’s organisations in the US.

In addition to these fascinating and thought-provoking speakers the Conference included panel discussions covering various areas. Particularly interesting was one which included three senior female FAA representatives, all working for the ATO which is the operational arm of the FAA who discussed how they reached the senior positions they held and explained how gaining experience with lateral moves had advanced their careers.

Gwynne Shotwell: President and COO of SpaceX.  She explained to the Conference how she is responsible for all day to day operations for the company and also for managing customer relations. She described the latest SpaceX mission which was launching the Falcon Heavy, a partially reusable heavy lift launch vehicle, which is ultimately designed to carry humans into low earth orbit, and onto Mars and the moon. SpaceX predict that they will have humans landing on Mars in the next decade. 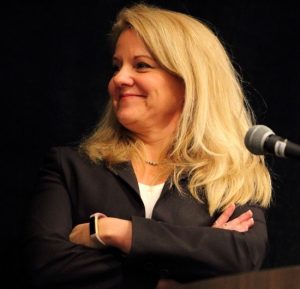