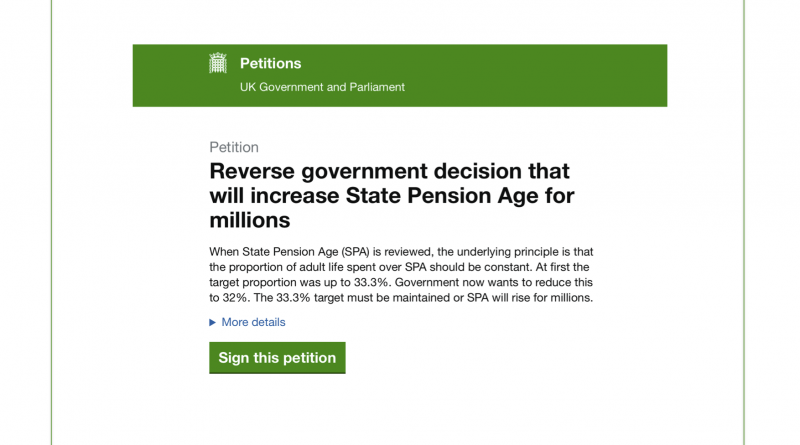 Prospect has previously written to all members about a petition on the UK Parliament website concerning potential changes to State Pension Age. The petition was started by Prospect’s general secretary, Mike Clancy, in response to an announcement by the UK government about a change in approach to future reviews of State Pension Age. This change would result in a higher State Pension Age for millions of people and, on the basis of current life expectancy assumptions, would mean State Pension Age rising to 70 for anyone aged 32 or younger.

I am alerting all Prospect members in the branches I am responsible for with a final reminder of the petition before it closes on Monday 18 June. Taking a small amount of time to sign the petition now could make a big difference in highlighting members’ concerns about this issue and, ideally, forcing the government to respond. I encourage all members to sign this petition and to share it with friends and colleagues and on social media.

The petition is available here: https://petition.parliament.uk/petitions/207603