Prospect ATCOs’ Branch was disappointed to read several reports in national newspapers over the weekend where EasyJet had used a fictitious strike by Air Traffic Control staff to avoid their obligations to passengers under EU261 regulations. As part of their customer charter (see below) they state that they “will always be straight with you, we’ll always be truthful and will keep you informed at all times.” The ATCOs’ Branch is particularly disappointed that EasyJet, part of the Airline Group who hold a significant share in NATS, would chose to easily disparage the professionalism and reliability of UK Air Traffic staff in order to save money and mislead their paying customers.

In fact, UK Air Traffic Controllers have no record of any form of industrial action for over 35 years and have often gone above and beyond their duty to help airlines when there has been industrial action across Europe. Despite continuing staffing pressures throughout the country and swiftly rising traffic levels UK Air Traffic staff continue to provide the highest levels of safety and service in some of the busiest airspace in the world. However, this latest casual slur on our reputation is another example of the ease with which some airlines seem willing to disparage the ATCO profession which follows quickly on the heels of the Airlines 4 Europe campaign (see Prospect, ETF & ATCEUC Launch Their Airlines 4 Europe Campaign). As we stated at that the time, despite A4E’s claims to the contrary, the most significant cause of passenger delays and inconvenience across Europe is caused by the airlines themselves – maybe it’s time for the airlines to concentrate on improving their service rather than looking to place the blame on Air Traffic Staff?

We are sure that this has been an unfortunate oversight on behalf of EasyJet and they will issue an apology to UK Air Traffic Controllers shortly, along with a thank you for the continuing effort of our members in the face of continuing challenging conditions. 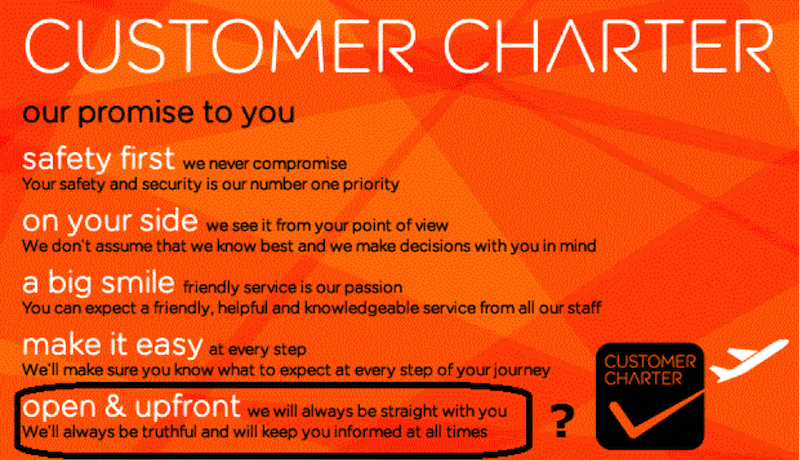