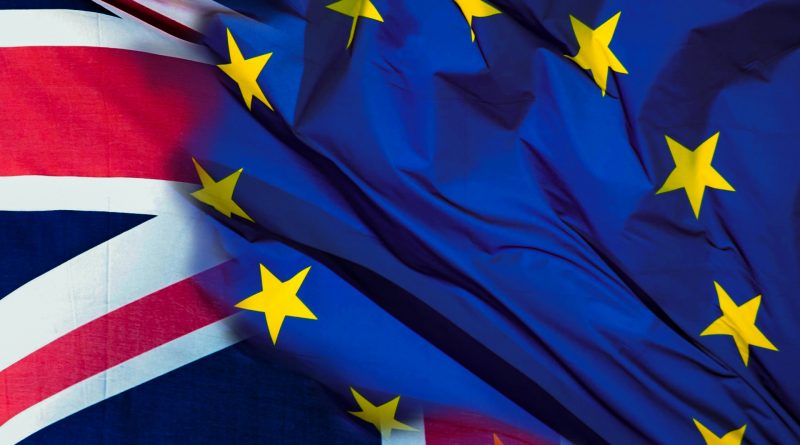 Prospect ATCOs’ Branch has been monitoring the progress being made by the UK and the EU since the referendum vote in June 2016. Little occurred throughout 2017 but in recent months, there has been some movement, perhaps not in tangible terms but more so in terms of positions, ‘red lines’, and potential avenues for compromise for both parties. The Branch now feels an update on the current situation is timely.

In January 2017, Prospect ATCOs’ Branch published its interim response to its Initial Brexit position paper published the previous autumn. In that paper, the Branch looked at certain areas in more detail but maintained its overall approach to how we see the ideal future for ATM in a post-Brexit United Kingdom. The interim response is available on the atcos.co.uk website and the key areas for note are again highlighted as follows.

‘The most ideal model for a new relationship between the UK and the EU based on existing structures is that of Switzerland. In this model, both parties have negotiated a range of opt-ins and opt-outs that suit their operating structure. […]

Additionally, the Branch calls for the UK to:

Finally, the Branch will continue to represent its members and champion their rights and considerations at a European level through the ETF. As an active affiliate in the ETF’s work, our interests at a national level with regards to the protections of the rights and the skilled jobs of our workers are in line with that of ETF itself. It is via this platform that we will be in the best position to influence and lobby on those matters that most concern us and our members, and to build upon the work that it has achieved to date in both a political and social context across the European continent.’[1]

Throughout the remainder of 2017, very little movement was made in terms of concrete evidence as to how the relationship between the UK and the European Union might look with regards to aviation and specifically ATM in a post-Brexit UK. The UK government was forced to reveal its sectoral analyses at the end of 2017, including the Aviation Sector Report[2]. This 17-page document details the economic value to the UK economy of aviation in general, as well as exploring the impact of intra-UK/EU travel to both parties (e.g. paragraphs 18, 19, 22, 23 and 24), but doesn’t necessarily demonstrate any vision of the future.

Notwithstanding, the UK government set-out its high-level strategy for the negotiations and the future, overarching all sectors and industries, campaigning for an ‘ambitious’ deal unlike that which any other non-EU member state currently has with the EU, including the arrangements that Switzerland has. In the sectoral analysis, it states that:

‘the Prime Minister has set out that the UK is seeking an ambitious arrangement with the EU which builds on our unique position of regulatory alignment. We should seek a set of arrangements which is in the best interests of citizens and businesses – both in the UK and across the EU.’ [3]

In March 2018, in a speech by Theresa May, it was made clear that the government would welcome continuing participation in the EASA system. It is as yet unclear what the government’s approach would be to the other EU institutions were it to have the freedom to choose.

In addition to the pursuit of a new arrangement, in early 2018 it became apparent that the UK government wishes to seek a transition phase after the leave date of March 2019. This phase would run for approximately 21 months (until the end of 2020) during which the UK would effectively mirror all EU rules and regulations (known as the acquis) and during which negotiations on a final deal would continue. This has now been agreed, and aviation will continue ‘as is’ until Dec 2020. The final withdrawal bill is still the subject of negation. If the current timetable holds, this will go before both the UK Parliament and the European Parliament time to ratify it by March 2019.

In response to the UK’s high-level aims, the EU detailed its red lines for the same in a document entitled ‘Internal EU27 preparatory discussion on the framework for the future relationship: Aviation’.[4]

Referring to the transition phase specifically, this document confirms that the EU will be seeking the application of acquisby the UK during this phase, i.e. the status quo would remain. It also states that during this phase, in no longer being an EU member state, the UK will no longer have a right to sit on the boards of the appropriate institutions or bodies and for example, its presence at EASA meetings will be by invitation and only if needed on an exceptional basis.

In terms of the post-transition phase where the UK continues to draw its red lines in asserting regulatory autonomy, ending the role of the European Court of Justice and ending free movement of people for example, the document states that this will in turn trigger the response amongst the remaining EU 27 member states that the UK will not be in a position to ‘cherry-pick’ favourable aspects of the relationship. It will also leave the Single Aviation Market, meaning that the future of the UK-EU relationship will be based on ‘classical’ arrangements, those of a third country where rights and access are negotiated over time. That being the case, the UK will cease to be part of the fully liberalised EU aviation market with the associated cessation of all current EU law-based rights, obligations and benefits including:

The degree of market access would be subsequently negotiated and conditioned on regulatory convergence / alignment.

In April 2018, the EU published a document entitled ‘Notice to stakeholders: withdrawal of the United Kingdom and EU aviation safety rules’[5]. It lays down the legal implications of the UK becoming a third country state after the current notice of withdrawal phase is over, and any potential transition phase. Of note for ATM, it states that:

It goes on to explain the legal ramifications for the likes of UK airlines under such circumstances, in that they too would be considered third country operators and UK registered aircraft would become third country registered aircraft. This is likely to have an impact on the fluidity of the aviation market in terms of volumes of traffic and thus on the ATM professions should no acceptable solution be reached.

There is no doubt that continued uncertainty in the aviation field could drive hugely damaging impacts on UK aviation in the coming years. This could be seen in terms of numbers of lower traffic movements where access to the market is restricted or made more difficult. Additionally, as time moves on, should the UK’s position on the influence of the ECJ remain, it is possible that the UK will not form a part of the following institutions[6]: SES, SESAR, and EASA.

The Branch encourages this opportunity for the DfT to signal to government the very real need to negotiate a new relationship within SES as a whole, given that there are advantages and disadvantages to the project. In particular, the Branch is concerned about any removal of involvement of the UK from SESAR and EASA and the impact this would have on the aviation industry initially in terms of traffic movements, and secondarily in terms of the potential negative impact on the ATM profession.

Within SESAR, it is crucial that the UK maintains a key link to technological advances and projects at a European level to ensure that the benefits for industry – such as skilled work for ATCOs, technical improvements or economic benefits to the customer – continues to grow. Indeed, there is an associated financial aid and investment that would be lost once removed from the SESAR project. Inside EASA, a common approach across Europe and the UK in terms of aviation legislation and regulation will have a net positive effect in that it will reduce certification and other regulatory costs for operators. Such an alignment will be advantageous to the wider industry and will in turn benefit UK ATM and therefore the Branch strongly advocates negotiations by the UK to remain inside EASA.

Notwithstanding the impact a third country status would have on the industry as a whole, it is worth mentioning that such a third country status would give the UK the opportunity to remove itself from the burden of the EU regulatory framework and associated Performance Scheme / FAB that the Branch has long campaigned for. This would allow for the return of safety and economic regulation to the UK.

In response to recent developments, in February 2018 the Prospect Aviation Group published ‘A future for UK Aviation: safety and resilience – not a race to the bottom’.[7]In it, Prospect reaffirms its position that in any scenario where safety and economic regulation are repatriated to the UK from the EU, it is imperative that the CAA:

On a related note, the manifesto also insists that the UK government secures landing rights for UK aircraft within and to EU member states as well as continued membership of EASA (which will aid the former) to help sustain aviation in the UK.

In light of the developments over the past few months both from the UK and the EU, Prospect ATCOs’ Branch appeals to the UK Govt to reassess its most recent ambitions for the Brexit negotiations and ensure that its goals are in-line with what will be required to sustain the success of the aviation market and ATM in the UK (as detailed in the Aviation Sector Analysis, see footnote 1).

The Branch calls for UK to:

For the success of any return of economic regulation to the UK, the government must also ensure that the CAA is split between its safety and economic regulating arms to guarantee the integrity of the two, but especially that of safety.