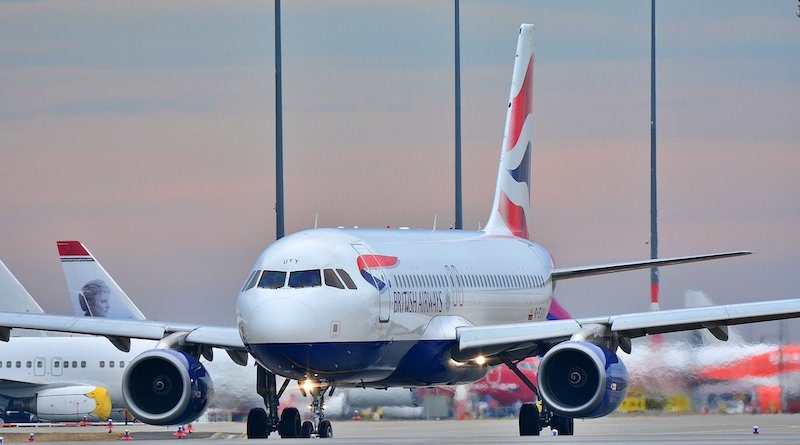 The following is a summary of events across ATM within the UK since the outbreak of the coronavirus, and it has been compiled on 7/4/20 based on reports from various trade union representatives. The aim of this article is to give our members up and down the country access to as accurate and as timely a source of information that the Branch can produce during these troubling times. That said, whilst every effort has been made to make sure all data and information is correct, there may be (accidental) omissions or errors given the fast-moving nature of these events, and so this document is to be viewed with this in mind. Finally, it contains sensitive information, it is only to be viewed by Prospect members with access to the Branch website.

Traffic levels across the UK network are down somewhere in the region of 90%. At airfields this is wholly reflective, except for a few notable exceptions, for example Farnborough. Both second runways are closed at Manchester and Heathrow.

Various NATS customers have asked for a reduction in contract price for the provision of air traffic services. On 7/4/20, Eurocontrol (which normally gathers en route charges across 41 European states and disburses them to ANSPs) announced the approval of an initial package that deferred payments of these en route charges for the early part of 2020, spread out over a period of the next 18 months. There are ongoing discussions surrounding a potential second package that might enable the sourcing of additional funding for ANSPs by Eurocontrol in the meantime. We will advise as soon as we have further concrete information.

Most non-operational staff who can undertake their task from home have been working from home for NATS for several weeks. NATS’ Corporate & Technical Centre (HQ) is effectively shut. Most operational staff (ATCOs, engineers, assistants etc.) are currently working at their respective units, although some are told to remain at home (e.g. ATSAs). All TATCs either now furloughed or in process to be.

3/4/20, both NATS and Prospect (along with PCS) announced that the 2020 pay award would be deferred. The pay issued for the first three months of the year would not be clawed back. This is a deferral of the pay award until negotiations can take place later in the year, and all pay-related matters such as movement up pay scales continue as normal.

Both parties initially announced an agreement on the furloughing for following staff:

7/4/20, this was further developed into a package that would include all operational staff, subject to operational requirements and in agreement with all trade union groups. Staff selected will receive full remuneration (with NATS topping-up the government cap).

Across these airports, many TATCs and assistants have been asked to remain at home, or are subject to govt furlough scheme. The following are listed as airfields that have notable changes to, or impact on staffing.

Battersea Heliport: Rapid furloughing of all staff with little TU consultation. Staff furloughed on full remuneration for April, discussion later in month for May, current proposal is inline with govt scheme with no top-up.

Bournemouth: Staff furlough including 12 operational ATCOs. ‘Sliding scale’ top-up scheme in place for what company pays staff above govt. 80% guarantee up to £2,500 (an example is that a fully-rated ATCO receiving 40% of normal pay). Staff remaining at work taking a 10% pay cut.

Edinburgh: Furloughing of 16 ATCOs using govt scheme, ANS topping-up pay above govt cap. Assistants furloughed as well as two ATCOs who were covering the assistant role due to sickness.

Exeter: No commercial movements. Company looking at ‘rotational’ furloughing of most staff including ATCOs. Remaining staff to take a 10% pay cue. Sliding scale being discussed as to company’ contribution to pay over the government cut-off above 80% up to £2,500.

Gatwick: Single position 1400-2200. No spin shifts, staff using TOIL. No ATCO furloughing, all either on standby or in training for system development. TATCs furloughed.

Liverpool: Remains H24. Liverpool ATSU provides Liverpool tower & approach, as well as separate rating for Doncaster approach. Single valids have been issued furlough. Could be expanded to include Liverpool dual-rate ATCOs, leaving only ‘tri-rated’ ATCOs. ATCOs have already accepted a 20% reduction in working time in conjunction with a 20% pay cut. Amendments to sick pay also.

Norwich: Staff furlough including some operational ATCOs. ‘Sliding scale’ top-up scheme in place for what company pays staff above govt. 80% guarantee up to £2,500. Staff remaining at work taking a 10% pay cut.